A spokesman from the Front 48 of the Colombian Revolutionaries Armed Forces (FARC) talked with a group of Ecuadorian journalists in a clandestine area of the border. The Colombian territory was not identified, the commander who calls himself Raul ratified that his group will not perform any armed actions on Ecuadorian soil or in any neighboring countries of Colombia.

“Since our eighth conference an order was issued to all fronts, this meant the ceasing of political, military and economic actions on any neighboring country.” So says the so called Raul. He also talked about the proposal of the Unasur on the convocation of a meeting in which the FARC will discuss its position regarding the Colombian conflict. The idea is to inform the reality of the social and hostile conflict occurring in Colombia.

The statement made by the FARC comes from the complaints circulating in the border area regarding the murder of Lisandro Manobanda Alvaro Aguirre, an Ecuadorian Air Force (FAE) soldier. His death occurred in the border town known as El Palmar, where he was shot on August 15. 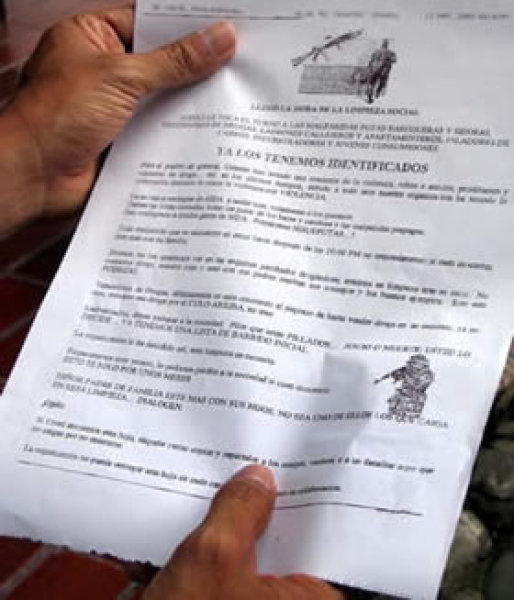 Along with the comments of Raul, the city of Nueva Loja was infiltrated by FARC operatives on September 03. The soldiers deployed several pamphlets addressed to the town and the Ecuadorian army.

The document contains five items referring to the soldier´s death at the border; it also explains the FARC´s position regarding the neighboring countries of Colombia. It states that the faction Front 48 of the FARC had nothing to do with the killing of Lisandro Manobanda, and that they have caught the person responsible. These rebels are investigating the fact because they believe this incident was orchestrated by the Colombian military intelligence to blame the FARC.

In the interview the spokesman conceded to the journalists he pointed out that the future of the hostage is in the hands of a rebel faction.

The fourth point of the pamphlet expresses its condolences to the Ecuadorian Army and the families of the soldier killed in El Palmar, it also confirms that the good-neighborly relations with bordering countries will continue.

The criminology department of the police investigated the scene where the flyers appeared, there were a total of 12 pamphlets spread on the Progreso Street.

Meanwhile on August 27, the Third Judge of Sucumbios Criminal Warrant department issued an order of preventive prison for the Colombian killer, Diego Armando Lozano Gutierrez, for murdering an Ecuadorian soldier.