FBI agents join the investigation of the attack in San Lorenzo 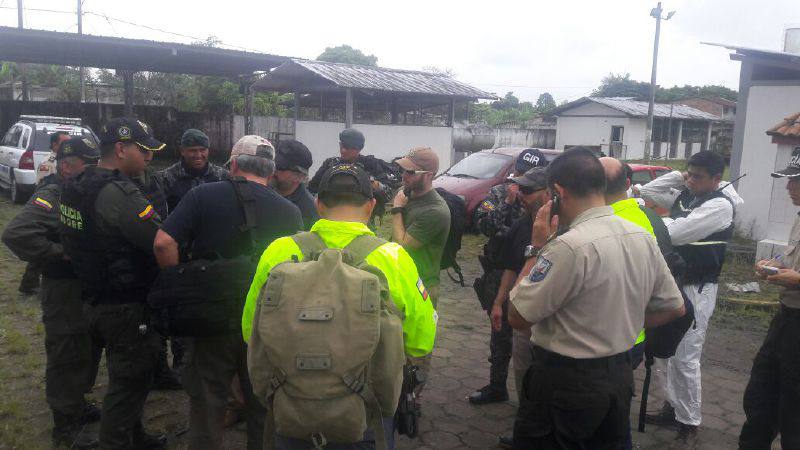 Four agents of the FBI (Federal Police of the United States) joined yesterday to the investigations of the car bomb attack outside the police headquarters in San Lorenzo, Esmeraldas, which also left 37 houses affected and a total of 28 injured.

The arrival of the agents, confirmed by the Police, adds to other actions that are implemented in border areas with Colombia, along with police and military of that country, to avoid new attacks.

Thus, for example, the police authorities of the Amazonian province of Sucumbíos, bordering Colombia, met with their counterparts from the Putumayo Department to exchange information and coordinate strategies. The finding, last week, of a camp of alleged dissidents of the demobilized FARC in Ecuadorian territory alerted the military and police authorities of Sucumbíos.

The police authorities of both areas resolved, among others, to set up a chat to exchange immediate information on important facts and data required in these border areas. “The warning we have is that FARC dissidents are complying with criminal groups,” said Luis Moreno, commander of Sucumbíos Police Subzone number 21.

Next week the representatives of the Police and the Army of the two countries will meet again. The appointment will be in Nueva Loja, Sucumbíos. There, the fulfillments of the agreed commitments will be verified.

This, while the Technical Secretariat of Drugs (Seted) presented yesterday, in Guayaquil, Jorge Andrés Lara Restrepo, the son of Rodrigo Lara Bonilla, that Minister of Justice of Colombia murdered 33 years ago by order of Pablo Escobar, since the official He had started a frontal fight in his country against drug trafficking. Jorge Lara Restrepo will tell his experience, as a victim, in the prevention talks that will take place in Guayaquil, Cuenca and Quito starting next March, said yesterday Ledy Zúñiga, head of the Seted, adding that his unit also supports the hardening of the figure of the criminal confiscation, so that the drug trafficking assets are immediately arranged by the State, he said.

Lara Restrepo, who also spoke about the reunion with Juan Pablo Escobar, the son of his father’s murderer, and the fight of both to prevent drug trafficking from catching other lives, affirmed that it is vital to stop the evil root, to pursue justice , be hard with the penalties in cases of drug trafficking and others. He says that in the case of Ecuador there is still the opportunity to put a hard hand on the problem. “The first thing to do is stop in front of the area of the attack and say here do not pass and here will not happen (…). Mexico already has a problem so big, so great, that the drug traffickers dare to call the police to say: ‘Do not get involved in our businesses, we are here fighting with our competition’.

This is already the final phase, where they are already so established in society. ” For him, the borders, like the Ecuadorians, are permeable for what can be derived from Colombia, where there is the dissidence of the guerrilla and the existence of other groups. “You are dollarized and if the guerrillas wanted to take out money, it would be easier for them to get it out here. They become control zones for guerrilla groups, because they are routes that are going to be created … “, he indicates. (I)