Fernando Bustamante tells why he abstained from voting on reforms 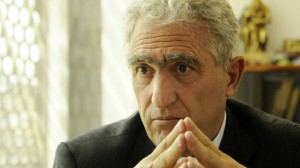 “I came here to tell my colleagues that I am at their service,” said the Assemblyman of the Alianza PAIS party, Fernando Bustamante, during his appearance before the Ethics Committee of the group, after he abstained from voting on the approval of constitutional reforms Thursday in the National Assembly.

“I contemplated a conscientious objection to some of the amendments that were contrary to the values and principles I have defended all my life,” said Bustamante in statements to reporters outside the AP’s headquarters in Quito.

Carlos Marx Carrasco, president of the Committee, said he opened a process to analyze the case of Bustamante, the defense was heard and a possible sanctionwill be discussed. That process would last about two weeks. According to the rules of AP, he could be suspended and even dismissed, according to the Ecuavisa newscast.