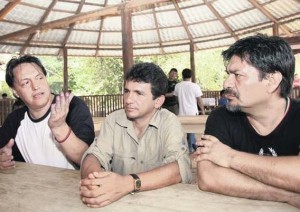 The union leader Carlos Figueroa, who is complying with a sentence of six months for libeling President Rafael Correa, would still enjoy the precautionary measures in his favor after the ratification by the Inter-American Commission on Human Rights (IACHR).

Last week, the Commission ruled out that such measures are in force in favor of Figueroa, former Assemblyman Cléver Jiménez and his adviser Fernando Villavicencio, also sentenced to prison, reported their lawyers to Ecuavisa.

In March, the Commission requested the suspension of sentences, but the government rejected the request because it believes that the agency lacks the power to issue precautionary measures.

On Friday, the Commission asked the state what it is doing to implement the measures and about current circumstances of Figueroa, the only person arrested in the case, and gave it seven days to respond, Ecuavisa reported.