Figures of the wax museum are being restored 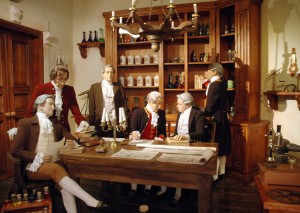 The Alberto Mena Caamaño Museum is closed from early June to give a more deep maintenance to both the chambers of the establishment as the wax figures that have deteriorated over the time and exposure to the public.

The figures are part of the exhibition “From Quito to Ecuador,” which is about the transformation of the Royal Audience of Quito in the Republic of Ecuador, and represent the Quito heroes of the slaughter of 1810, who were killed in the same building where the museum works.

36 figures are restored and retouched in the workshops of the Metropolitan Cultural Center. The museum will reopen on August 2, a day in which the slaughter of 1810 is commemorated with the “Red Stigma” event, annually held and in which a red rose is given to the audience.

“Discover the Revolution,” slogan of Ecuador in the Milan Expo 2015