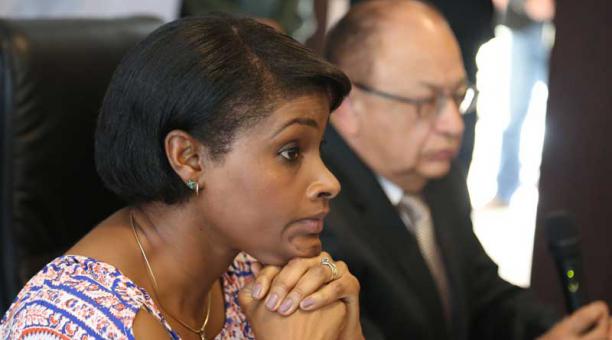 Three public officials would be involved in acts of corruption and a fourth in drug trafficking, according to reports issued by the Financial Analysis Unit.

Diana Salazar, director of that institution, confirmed on June 19, 2018, in an interview in Teleamazonas, that those documents were already sent to the State Attorney General’s Office so that the corresponding investigations could be initiated. He indicated that it is not necessarily government officials.

This year, the Financial Analysis Unit also sent the Office of the Prosecutor a report on unusual and unjustified economic movements of the Alvarado brothers. Salazar said that the Prosecutor’s Office is responsible for promoting the proceedings to decide whether or not to make charges.

That is why he announced that with the support of the National Polytechnic School and the methodology of the World Bank, he will work on the creation of a tool that will allow the country to present official figures on this subject.

He hopes that this information can be ready in about a year. For Salazar, a plan to eradicate money laundering is necessary. In your opinion, there should be the possibility that this crime will be tried in the absence of the accused and should be imprescriptible. (I)