Financing for hydroelectric plants will cost to the State $ 3,000 million 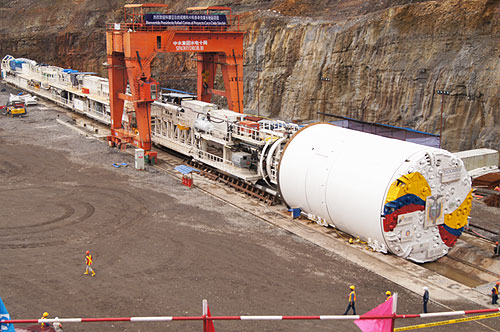 The Ecuadorian government will disburse during the year 2015 nearly $ 3,000 million to finance hydroelectric mega projects such as Coca Codo Sinclair, Pilaton-Toachi, Manduriacu, among others, which are built in the country.

These hydroelectric plants built by the State, will provide 2,000 megawatts (MW) to the National Interconnected System (SNI), at the time of entering the Ecuador operations and will become an exporter of electricity since 2016.

This will be realized once the country has a more efficient energy matrix and friendly to the environment because it will have more than 90% renewable energy.

The hydroelectric plant Coca Codo Sinclair, which is built between the provinces of Sucumbios and Napo, is the most important of these mega projects as it will bring 1,500 megawatts of power.

President Rafael Correa confirmed during his visit to the site last November, that this power plant will run from February 2016.

“When operation starts, the country will save $ 600 million annually for fuel imports,” said the Head of State.

Debate over labor reforms begins today at the Assembly