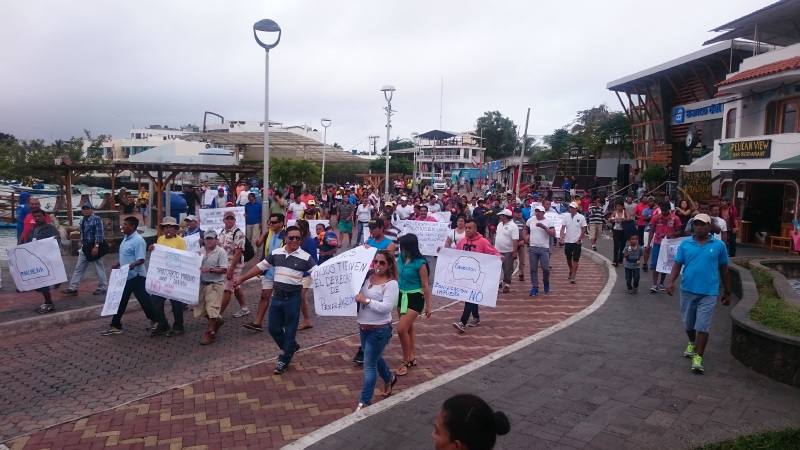 Four fishing cooperatives in Galapagos came together yesterday to protest against measures that they said, are not beneficial for them.

“We can not fish no more because Galapagos has been zoned,” said Dionicio Zapata, representative of the Galapagos Artisanal Fish Production Cooperative.

He added that the demonstration, which took place in Puerto Baquerizo Moreno, San Cristobal, was done after a consensus with fishermen of the province and realized because they have not had a response on the proposals they made at the Bureau of Fisheries. The four artisanal fisheries cooperatives work in coordination with organizations such as the Galapagos National Park (DNPG).

Zapata said that they have not been able to fish in the last five months because “the whole area in which they did, is now a marine sanctuary.”

In a statement signed by the representatives of the Copes-Promar and Copesan cooperatives, Carlos Ricaurte and Rolando Parrales, respectively, assured they decided to take this action on Sunday during an assembly.

Until the closing of this edition, the GNP did not rule on the issue.

Alvaro Noboa, the tycoon who describes himself as of center-left idelology