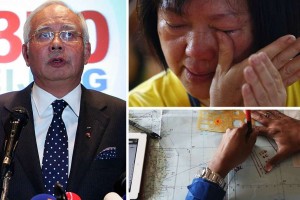 Malaysian Prime Minister, Najib Razar, said this Monday morning that a new analysis of electronic data shows that the missing Malaysian airlines went down in a remote area of the Indian Ocean and that there were no survivors.

He said that the data determines the plane flew along a southern corridor in the west of Perth, Australia.

“This is a remote location, far from any possible landing site,” he said in a brief, televised statement. “It is therefore with deep sadness and regret that I must inform you that according to this new data, the flight MH370 ended in the southern Indian Ocean.”

Just before the announcement, family members of the victims received a text message informing them of the outcomes.

Last time there were news of the plane, with 239 passengers aboard, was on March 8.