Floods and Tornados Kill in USA 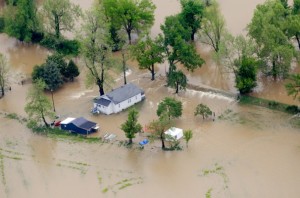 Strong storms in the center of United States have left seven dead in the estate of Arkansas. Officials informed that the floods could demand the evacuations of their neighbors in Missouri. Strong winds and hard rains assail the central estates of the country, this has increased the volume of some rivers.

Authorities began evacuation over 1,000 civilians living near Black River, in the sector of Poplar Bluff, Missouri, which has a population of 17,000. The National Weather Services (NWS) made an alert in three counties in the southwest of the estate.

NWS also warned the estate of Arkansas about a tornado that destroyed the locality of Vilonia in the center of the estate, the storm left four people dead and three other people perished when the heavy floods washed their vehicles away.

Mike Beebe, the governor of Arkansas, declared last Monday a state of emergency in his jurisdiction.