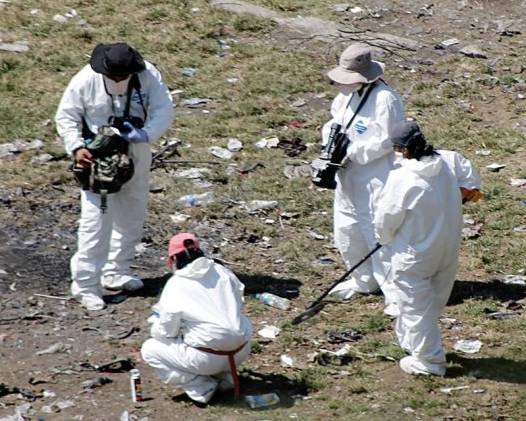 The Argentine Forensic Anthropology Team (EAAF for its Spanish acronym), which denounced numerous irregularities in the investigation of the 43 missing students in Mexico, said that the case can not be closed because there is no scientific evidence to confirm that the students were incinerated in a dumpster.

The EAAF ensured they were not present when the Attorney recovered the bag with bone fragments in the river San Juan and therefore, they can not attest where this sample was obtained from the sample, and which was later identified as belonging to the student Alexander Mora Venancio.

“The EAAF was convened by the PGR on the banks of the San Juan river when the bag was already open and it´s being analyzed by experts of the PGR. A significant number of fragments, apparently from that bag, were already exposed on a canvas.”

The experts explained they neither attended the harvesting of more evidence on November 15 because they did not receive notice of the action, even though the deal was to perform simultaneously all expert proceedings.

Regarding surveillance, they indicated that the site was unguarded and open to the public from 7 to 28 November, which “makes that the collected evidence in these conditions may be rejected as evidence.”