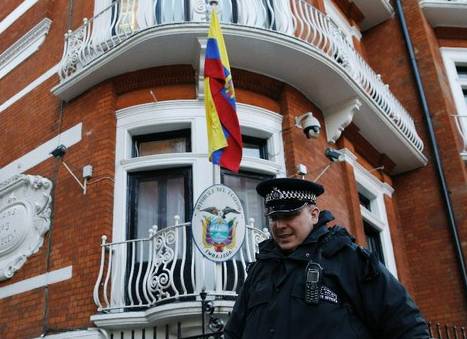 British police said it is reviewing its monitoring mechanism on WikiLeaks founder Julian Assange, refugee in Ecuador’s embassy in London, from June 2012, to avoid extradition to Sweden.

The commissioner of the Metropolitan Police (MET), Bernard Hogan-Howe, told the radio station LBC that the body is reviewing the security operation, which includes monitoring the embassy 24 hours a day.

“I will not talk about tactics, but we are reviewing what options we have. (Operating) is undermining our resources,” said the commissioner.

The founder of Wikileaks qualified as “shameful” spending about 10 million pounds (13 million euros), which are invested to keep guard over him in the Ecuadorian embassy in London.

Assange, 43, was arrested in London on December 7, 2010 at the request of the Swedish state, which claims him to question him for alleged sex crimes against two women.

Shipwreck in coast of Libya leaves more than 200 dead immigrants