Three days after the Office of the United Nations High Commissioner for Human Rights (OHCHR), Michelle Bachelet, issued a statement regarding the mobilizations in October, Foreign Minister José Valencia officially replied that the agency is not reflecting the real dimension of the context of violence and its social impact. 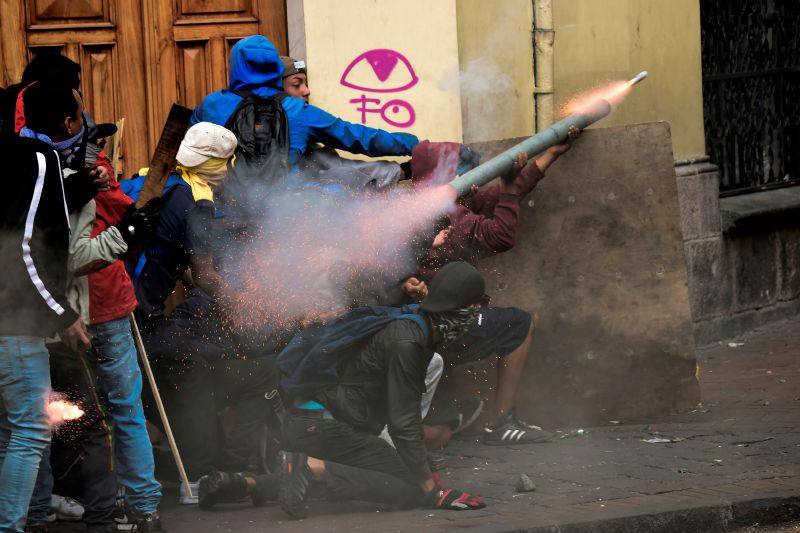 “The statement puts an excessive emphasis on the alleged excesses of the public force, while very passing describes the great damage caused by the protesters to people and public and private goods, or the virulence of the riots, which caused terrible effects.” Valencia pointed to Bachelet.

In the statement of November 29, the Chilean president said that the use of tear gas and pellets caused hundreds of injuries “and possibly some of the deaths”, that internal protocols for the use of force should be reviewed and that the authorities Make sure they conform to international standards.

Bachelet said that “some protesters” also resorted to violence and asked the authorities to refrain from making statements or any action that “stigmatizes” indigenous people, foreigners, journalists and opponents.

All these criteria were rejected by Foreign Minister Valencia, who said that the public force acted in accordance with the law, did not use lethal means and “there were no injuries or deaths from gunshots.”

Regarding the violent acts, the chancellor added that there were “some” demonstrators who resorted to violence, hundreds of attackers acted in concerted manner, with urban guerrilla tactics and in coordinated groups such as in the fire of the Comptroller’s building .

Valencia described as “unfair” the accusation to the Government of stigmatizing indigenous people and migrants, since the headquarters of the Conaie and the Bilingual Education Program have been restored, 48 indigenous leaders arrested in the previous government have been given amnesty and received to almost 400,000 Venezuelan citizens to regularize their immigration status in collaboration with the United Nations.

USA and Ecuador resume dialogue with the four-issue debate