Foreigners could own media in Ecuador, according to Regulation 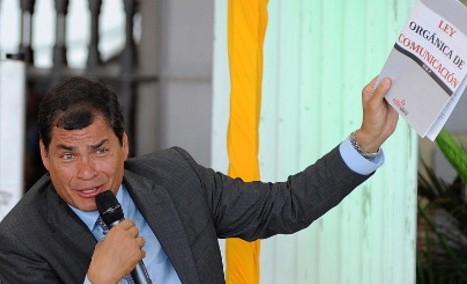 The regulation of the Organic Law of Communication (LOC for its Spanish acronym), signed by President Rafael Correa in January of 2014, established that foreigners could be allowed to own media in Ecuador.

The regulations (Executive Decree No. 214) ruled that the ban for foreigners to own media in the country established in the LOC, in force since June 2013, is eliminated for individuals or companies from countries which have concluded agreements or cooperative commercial agreements or of economic complementation with Ecuador.

The website of the Ministry of Foreign Trade said that Ecuador has signed agreements with Guatemala and Argentina, while with Uruguay there is a cooperation agreement between the bodies responsible for promoting exports.

Between 2000 and 2013 this was allowed but was eliminated with the entry into force of the LOC.