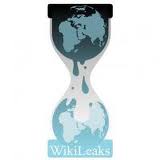 Rudolf Elmer, 55, former Swiss banker that two days ago delivered to WikiLeaks information of 2,000 clients suspected of tax evasion is now on a preliminary hearing on a court of Zurich to hear the charges against him.

Elmer faces a prison sentence of eight months and a fine of 1,549 Euros. These is because he requested payment for the information given to WikiLeaks on several hidden bank accounts on the Caiman islands. Last Monday, Rudolf gave Julian Assange two hard drives with the data of 2,000 clients who could be trying to avoid tax payments. Among those clients are 40 politicians, important enterprises, and known businessmen. However, Assange is not aware of the content inside the hard drives since they want to process the information carefully before publishing it in two weeks.

During a press conference in the Front Club of London, Assange and Elmer explained that the hard drives contain information of hidden operations performed since 1999 and 2009 with the sole purpose of evading taxes. The data comes from three banks, including the Julius Baer; this affects several countries like, United States, England, Germany, Austria, and some of Asia.

According to the Julius Baer bank, the action performed by Elmer is a “vendetta,” because the financial entity did not pay him compensation when he was fired on 2002. Meanwhile Elmer informed that he and his family has been subject of an intimidation campaign on behalf the bank, since they offered to pay him 381,289 Euros for his silence.