Former Colombian President will reactivate the integration of Unasur countries 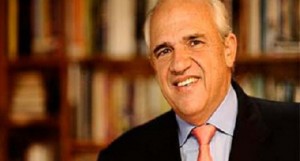 The Former Colombian President Ernesto Samper will be the General Secretary of the Union of South American Nations (Unasur for its Spanish acronym) from August. He will be responsible for reactivating the South American integration process.

Samper will take office in the context of a meeting to be held in Montevideo. “It is about an important name in the region and a politician with deep Latin American calling” described Nicolás Maduro, President of Venezuela.

Furthermore, he shall also underpin the new integration bodies that have been created within Unasur. For example, on July 25, the Council of the Finance ministers of the South Bank will meet.

In this regard, Chancellor Ricardo Patiño said on July 19, during the weekly address : “We hope they constitute the board, appoint their president and the South Bank can open its doors.” It is about a “very longed dream for the South American people,” he added.