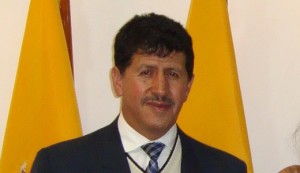 The Pichincha Attorneys School has began a campaign for its members to receive legal assistance from the guild if they face an administrative file in the Judicial Council (CJ).

The decision was taken by the high numbers of indicted lawyers associated with the school, procedures in charge of the provincial offices of the CJ, in accordance with regulations governing the practice of the lawyer. So far this year 169 administrative cases were filed against professionals and at least fifteen of them were sanctioned.

According to Jose Alomia, president of the guild, there is a persecution of the authorities towards the unions and lawyers. This, he said, “because of the regime’s interest of the civil society seeing the Public Defender as the only defense option,” which” reduces and limits the free practice and impoverishes the lawyers.”

Criminal Code has 5 demands before governing in Ecuador