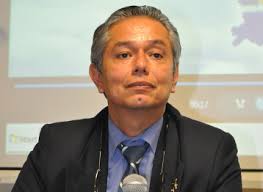 Rafael Farías, Former Manager of Tame , said yesterday that he presented on January 13 , a report on the results of the company, which warned of losses, and this was sent to the board of the entity and Fernando Guerrero, incoming manager.

The report reported a loss of $ 2.8 million in 2012 and another $ 16 million for 2013. He also said there was never an intent todeceive President Rafael Correa, but he acknowledged that an error occurred in the computer systems, this means that at first itshowed positive results, but when verifying the error, losses were reflected .

Farias justified the losses and said that Tame has had a difficult year in 2013, after investing in Tababela due to the airport transfer . This added to the low passenger traffic , associated with what he called an oversizing of the media on the remoteness of the airport. He also indicated there was a trade war with an international airline that , in his opinion, sought to make Tame fall.