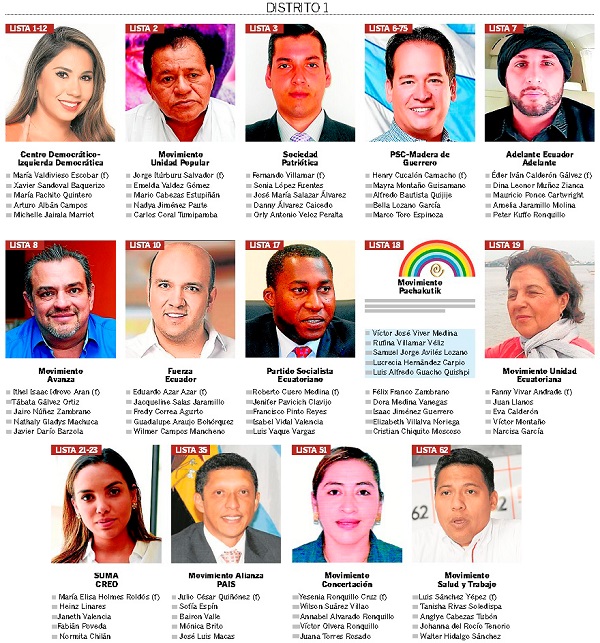 Social activists, union leaders and professionals in different branches, without a political past, these are some of the characteristics of the majority of aspiring legislators who lead the fourteen lists registered in the Guayas Electoral Board for District 1, which includes parishes Ximena and Febres Cordero.
Only the Fuerza Compromiso Social Political Movement did not register applications for this district. The Code of Democracy establishes the division by circumscriptions of the provinces with a greater population.
Guayas will elect 20 legislators who will represent the four districts: 1, 2 (Pascuales and part of Tarqui), 3 (central parishes of Guayaquil, Tarqui, and Samborondon, Duran and Playas) and 4 (other counties in the province).

Of the list of candidates for District 1, at least nine go for the first time in search of the popular vote. Some have been linked to television as the actress and journalist Maria de Lourdes Valdivieso, representing the Democratic Center-Left party; And, Edder Calderon, former host and former participant of the Calle 7 TV show, representing the Adelante Ecuatoriano Adelante party.

Sylka Sánchez: “We will have a real oversight commission.”