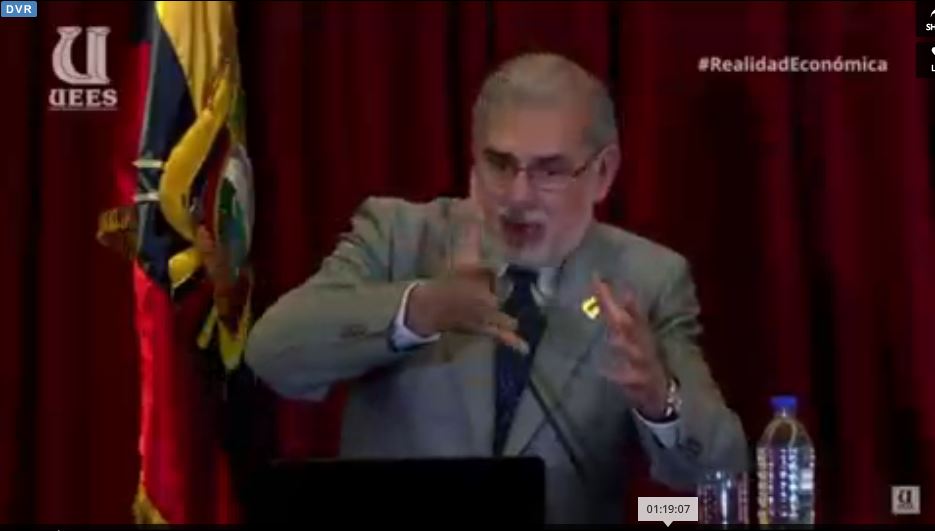 Former vice president Alberto Dahik has called for civil resistance against the electronic money during the Forum on Economic Reality, organized by the Espiritu Santo University.

“The Ecuadorian Constitution allows civil resistance,” Dahik contended. “Let’s make civil resistance against electronic money because this is the beginning of the end of dollarization.”

The three hydroelectric plants the Government of Ecuador will had a cost of USD 1,003,5 million dollars