Driving a Formula One car is an unlikely dream of many teenagers. This is not the case of 16-year-old Nabil Jeffri a Malaysian test driver in Formula One history 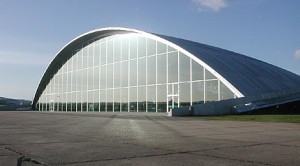 when he drove a Lotus T127 on runway at the United Kingdom Imperial Museum in Duxford, Cambridgeshire.

Almost a year ago Nabil was driving a go-kart back in Malaysia until he got the attention of Tony Fernandes, Lotus Racing’s team boss. CNN is a sponsor of the Lotus team. The youngster impressed Fernandes so much that he made him an offer right there.

“I can see that he has the right character, the right aptitude and the right intellectual level to go very far,” Fernandes told CNN.

When Jeffri was 8 years old he started to race the go-kart and now he is ready to learn new instructions.

Nabil doesn’t want to speed things up since he’s only 16, he has his sights on securing a Formula One drive by the time he is 21. He also believes he can win the world title by time he’s 23.

Currently Nabil is part of the AirAsia ASEAN driver development program, Fernandes set this up to promote the young talent in Asia.

Passengers Wearing Strips Will be Reported