Four litigation of US firms against Ecuador

In an eventual trade negotiation between Ecuador and the United States, international arbitrations will be part of the discussions. 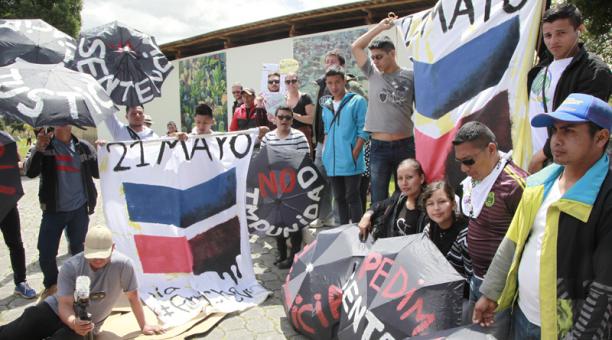 Four litigation of US firms against Ecuador

According to Diego Caicedo , Vice Minister of Foreign Trade, since the country announced its intention to go towards a treaty, in 2017, the list has been remedied. But not all issues are in the hands of the Executive. One of them relates to litigation in international courts of US companies against the Ecuadorian State.

The Attorney General’s Office ( PGE) details that of six arbitrations against the Republic of Ecuador for investment issues, four are from US firms: Chevron, RSM Company, Merck Sharp & Dohme (MSDIA) and Worley Parsons.

Despite this, Eduardo Egas , executive president of Corpei, explains that an important aspect is that Ecuador has shown willingness to comply with the opinions of international courts and that “should pay for good in the negotiation process.”

An example of this is the case of Murphy , where Ecuador agreed to pay compensation after an arbitration ruling. The country has also sought to resolve doubts of US companies such as the case of the Equifax bureau, which was concerned about a legal reform that restricted its operations in the country, but which was already resolved, said the Deputy Minister of Commerce.

Ecuador must put together an intelligent strategy during the negotiation, prioritizing the commercial technical issues, which are what are in their hands. This is what Iván Ortiz, director of the Business Center of the Ecuadorian American Chamber of Commerce , believes.

“The arbitrations include sensitive social issues and perhaps they could hinder the process for an agreement later, but – for now – there have been many positive developments in the commercial,” he said.

Of the four cases in arbitration, the oldest is that of the Chevron oil company, formerly called Texaco , which has been 11 years.

The case is known as Chevron III and was notified in September 2009, arguing the violation of the Bilateral Investment Treaty (BIT).

In this process, the Arbitral Tribunal issued on August 30, 2018, a ruling in which it was determined that Ecuador incurred this failure due to the denial of justice. Given this, on December 10, 2018, Ecuador filed a nullity action before the Hague courts.

The Office of the Prosecutor explained that the award of August 30 gave rise to the third phase of the arbitration corresponding to the quantification of damages.

Another case in the non-renewable resources sector is that of RSM Production Corporation , which began in May 2010. The firm proposed that the breach of the BIT signed with the US be declared , and that Ecuador compensate the company , for the cancellation of the mining license. Since then, according to the Attorney General’s Office , there have been no subsequent actions.

In the pharmaceutical sector there is the case of MSDIA, which alleged that the national courts denied justice within the legal dispute with Ecuadorian Prophar for the sale of a drug plant.

The court issued a final partial award in 2018 in favor of MSDIA. The company argues that Ecuador must pay the expenses generated. The final decision of the court is still awaited.

The most recent case is that of Worley Parsons , which was presented the previous year.

Rosa María Fabara, a specialist in Litigation and International Law, believes that none of these cases should constitute an “insurmountable obstacle” for Ecuador to reach an agreement with the US. But the cases will be analyzed in the negotiations because the American firms, which drive these processes against Ecuador, have an important economic weight in their country.

The Trade and Investment Council is scheduled to meet in Quito on April 14 and 15, a preliminary step for negotiations for the treaty.