The Ministry of Transportation and Public Works reported that controls will be reinforced for passengers arriving from countries such as Spain and Mexico , in ports, airports and border areas. Initially, the Ecuadorian authorities announced checks only to those who came from China, Korea, Italy and Iran, for the high rates of contagion. This is explained in a statement from the entity this Sunday, March 1, 2020. 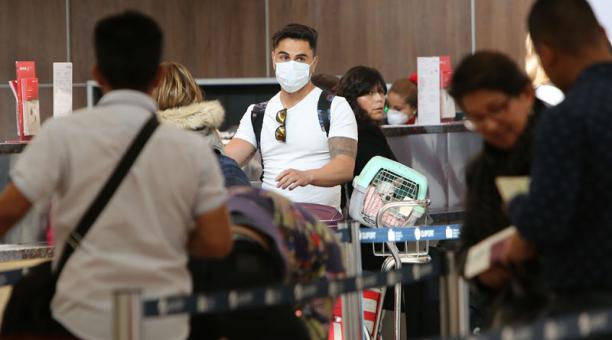 This decision was taken after confirmation of the first case of covid-19 in the country. It is an Ecuadorian woman who lived in Spain. She entered the country last Friday, February 14, 2020. Days later she was admitted to a private health home for symptoms related to this disease, including fever, muscle pain and difficulty breathing.

The dynamics of the controls are simple. Those arriving from these destinations are captured by Health and Migration personnel. They perform a check, which includes the taking of temperature and pressure . In addition, they fill out the traveler’s health form, which contains personal data, contacts and places where they will remain.

The objective is to follow up the person in case of presenting any of the symptoms mentioned with this disease. It also seeks to prevent the spread of the virus in the country.

“We work in an articulated manner with the Ministries of Public Health and Government (Migration), with the aim of reducing the risk of contagion in the country,” according to a statement from the entity.

The document also calls for calm and requests not to spread false news.