Four policemen are involved in a kidnapping organization 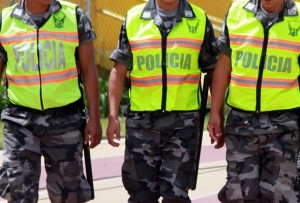 In three steps, an operative named “Zeus”, captured 15 delinquents; among them, four active policemen were found, involved in a crime network dedicated to extortion, plagiarism, kidnapping, and armed robbery.

The operative was executed in the cities of Guayaquil, Quito, Portoviejo, Manta, Montecristi, Olmedo, and Santo Domingo de los Tsáchila. According to the Prosecutor, the investigation started three months ago.   (I)

3,5 million political militants are being registered