France and the U.K. Could Strike Libyan Command Centers 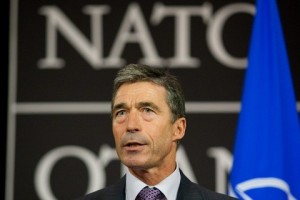 France and the United Kingdom will increase their air strikes on the logistics and decisions centers of the Libyan army. Gerard Longuet, French minister of Defense made the statement in Paris. During the press conference Longuet reinstated that if the attack on the command centers of the Libyan army are successful there will not need to arm the rebels. Longuet stated that they want to avoid a civil war.

To continue with these attacks, NATO will supply with planes of precision to perform such attacks. Anders Fogh Rasmussen, the general secretary of the Alliance, informed that there has not been any confirmation on this matter.

Today the respective leaders Nicolas Sarkozy of France, David Cameron of the United Kingdom, and Barack Obama from USA, signed a treaty that ensures their participation in the military campaign until Muammar al Gaddafi resigns from his position. Rasmussen stated that the signing of such treaty demonstrates the unity of the Atlantic Alliance.

Meanwhile the rebels insist that the NATO should increase their attacks and concede the request of giving them more weapons. However the air strikes have caused the death of 23 people, including women and children.

Larry Flynt will Reveal Presidential Sexual Affairs in a book