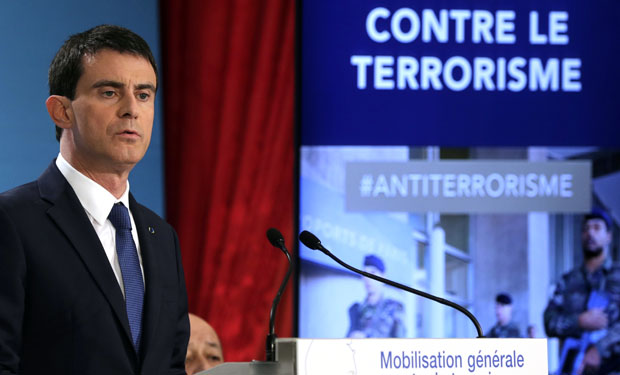 The French government announced yesterday an action plan to combat jihadism, including the monitoring of 3,000 people, hiring of Muslim chaplains in prisons and separate records for persons convicted of terrorism.

The Prime Minister, Manuel Valls, said that these measures are “exceptional but not of exception” and include hiring more than 2,600 people.

“The number of radicalized individuals, who can take action, continues to grow,” and in one year has increased 130% in the networks of those who go to fight in Syria and Iraq, which represents 1,300 people  to watch, Valls said in a news conference.

Valls explained that the security device will cost 425 million euros in three years, a period during which 2,680 jobs will be created.

For his part, Defense Minister Jean-Yves Le Drian, confirmed yesterday that a dozen French jihadists enrolled in fundamentalist groups in Syria and Iraq are former members of the French Army.

First historic round of talks between US and Cuba concludes today