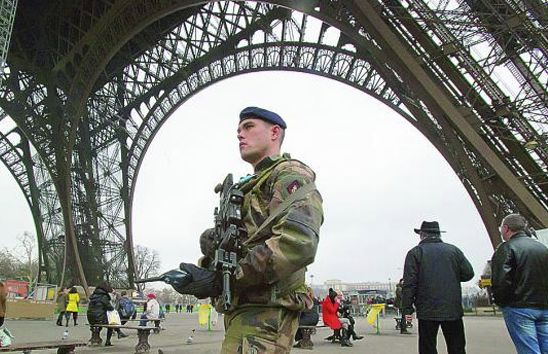 France ordered on Monday that 10,000 soldiers take to the streets to protect sensitive areas and continue the search of accomplices after the terrorist attacks caused in previous days in Paris

French Prime Minister Manuel Valls said that the search is urgent because “the threat is still there” after the attacks that began last Wednesday against the satirical weekly newspaper Charlie Hebdo, and ended with the death of three extremists on Friday in nearly simultaneous attacks from security forces.

“The works on these attacks, these terrorist and barbaric acts continue (…) because we believe that there are probably some possible accomplices,” Valls told to BFM television.

He added that France is at war against “terrorism, against jihadism, against radical Islam.”

For his part, the Defense Minister said on Monday that the country will deploy 10,000 security officers to protect the population. Jean-Yves Le Drian said that the measure will take effect on Tuesday, and will focus on the most sensitive areas.

While the head of Interior, Bernard Cazeneuve, said that 4,700 troops will be assigned to the protection of 717 Jewish schools.