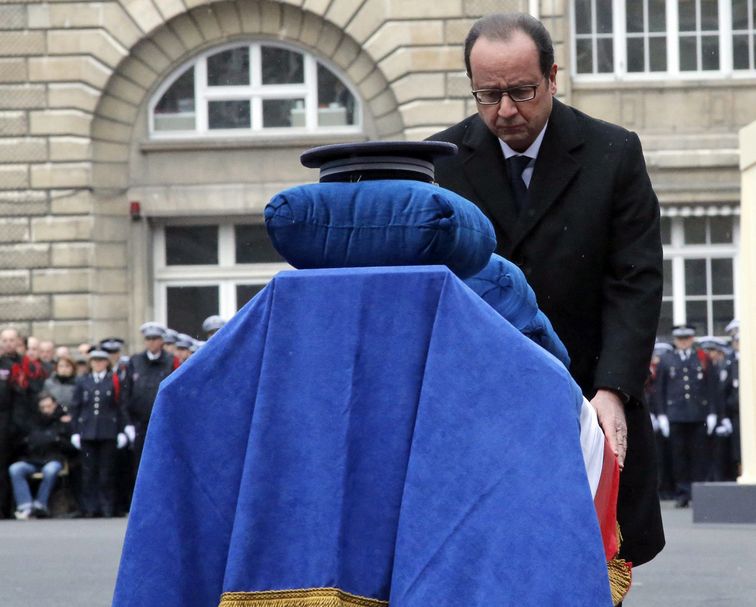 The president of France, Francois Hollande, paid tribute this Tuesday to the three police officers killed last week in Paris during the jihadist attacks, of whom he said were killed “with courage and dignity” in the fulfillment of their duty.

Ahmed Merabet, Franck Brinsolaro and Clarissa Jean-Philippe “shared the desire to protect their fellow citizens and had an ideal, to serve the Republic,” said the president from the central courtyard of the Prefecture of Police of Paris.

A day later, Jean-Philippe was killed in the south of the French capital by Amedy Coulibaly, the terrorist who kidnapped on Friday more than a dozen hostages in a Jewish supermarket and killed four of the hostages before being killed.

“If France today is standing is because of fallen police officers,” said Hollande, who stressed they must continue to operate under the principles of firmness, cold blood and unity against terrorism.