Francis Pope calls on Catholics to condemn the death penalty 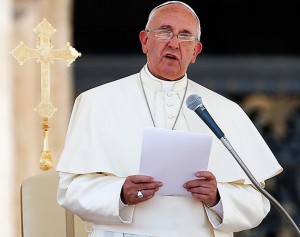 Pope Francis lashed out this Thursday against “extrajudicial executions by some states” and called on Catholics to fight against “all forms” of capital punishment, “both legal and illegal,” which are applied in the world.

“All Christians and people of good will are called to fight not only for the abolition of the death penalty, both legal and illegal, in all its forms,” emphasized the Pope in the Vatican at receiving a delegation from the International Association of Criminal Law.

“To improve also the prison conditions and to respect human dignity of a person who lost his freedom,” he added.

With a strong and convincing speech, the Argentine Pope clarified that for Catholics “the life sentence is also a hidden form of punishment.”

The head of the Catholic Church accused many states and their agents, without mentioning them specifically, of authorizing “extrajudicial or extralegal executions, deliberate killings,” he said.