BREAKING NEWS
Greater participation of the State and the bank promoted the Stock Exchange
Eight challenges facing the Ecuadorian fishing fleet
Jamil Mahuad, after 20 years of dollarization: It is unfair and infamous that political hatred prevents me from returning to Ecuador
La Cumbre is still being monitored on Fernandina Island
Debuts the third airline that offers direct flights to New York in the country
Non-traditional destinations boosted banana shipments
Rafael Correa commanded in a criminal organization, according to elements of conviction highlighted by Judge Daniella Camacho
Community tourism makes its way with local initiatives
Third-party properties may be finished off with COIP reforms
These are the most profitable companies in the Ecuadorian stock market 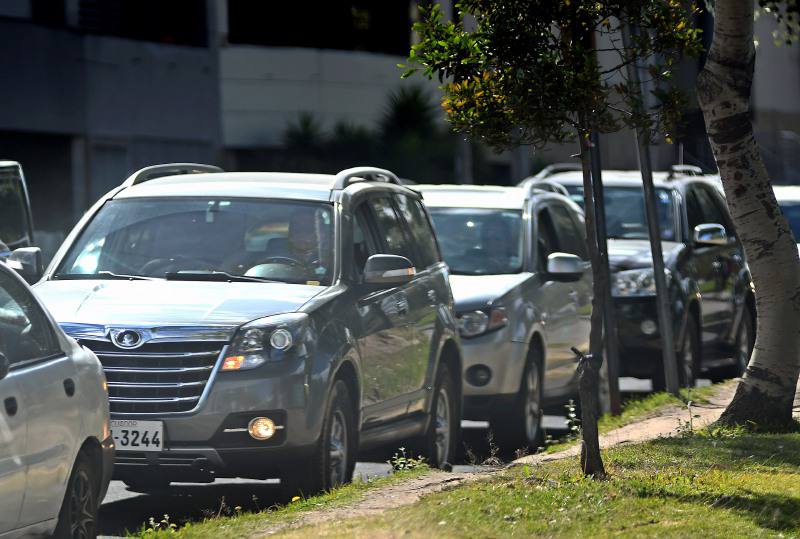 In one year, the subsidy for fuels (naphtha, diesel and liquefied petroleum gas) went up 72%. While in May of last year some $ 429.4 million had been paid in subsidies, in the same period of 2018 $ 738.9 million have already been paid, according to figures from the Central Bank of Ecuador.

One of the consequences of the recovery of the price of crude, which allows the Government to receive more resources, is an increase in the price of imported derivatives.

Perhaps for this reason, and due to the lack of liquidity, the Minister of Finance, Richard Martínez, has put the debate on the targeting of subsidies on the table. On a personal note, he said that he considers it an ‘aberration’ that every time his car is in a tank, the State will give him money for the fuel.

Analyst Alberto Acosta Burneo agrees with the minister that fuel subsidies can be very inefficient: “Who is the most subsidized? In the cars, those who have the largest cars are the ones who receive the most, they are not the most vulnerable “.

All citizens who tank their car can verify the subsidy received on their bill. As an example, a person who pays $ 15 for gasoline receives a $ 4.35 subsidy.

The possibility of focusing subsidies received support. For example, Oswaldo Jurado, leader of the Chamber of Distributors of Oil Derivatives of Ecuador (Camddepe), said that it is necessary.

The House has a formula that has tried to get the authorities to: eliminate extra gasoline, leave the super with the current price and create a superior to the super for those who want to use a friendlier with the environment and the engine. In this process, utility could be increased.

Messiah Tatamuez, president of the Cedocut, agreed with the focus of the subsidies, but not with their total elimination. “We demand from the Government a serious study and the application of a principle of social justice to focus these subsidies, where the wealthy classes, large factories and large companies in the country pay the fair price of gas, diesel and other fuels,” he said. .

He pointed out that a generalized elimination would be part of a guideline of the International Monetary Fund (IMF).

Acosta Burneo comments that the rationalization of subsidies must be done progressively; for example, increasing 5 cents to the gallon price per month for two years. In the case of diesel, it says that it should be set at international levels, but ensuring that the passage does not rise.

Fernando Santos Alvite, former Minister of Energy, believes that Ecuador seeks the help of the IMF, which always recommends eliminating subsidies. And he warns that he may accept to do so because of the complex economic situation.

However, he recognizes that the political risk is high. “The government is at risk because the people are used to these subsidies,” he says.