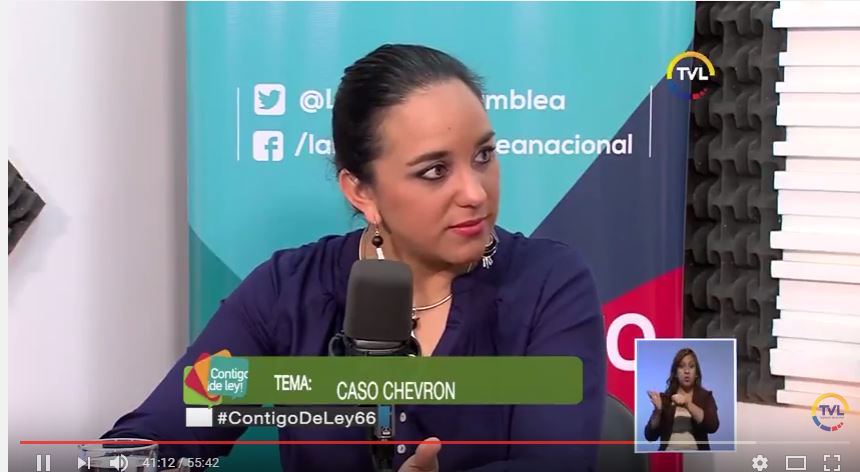 President of the National Assembly Gabriela Rivadeneira said in the “Contigo de Ley” show that Ecuador is obliged to pay the debt of 96 million to Chevron, according to the judgment of an arbitration tribunal in The Hague.

Rivadeneira said “it is impossible” to pay 96 million directly to those affected by the environmental damage generated by Chveron “For being an international ruling, the state must comply. If we do not comply with that payment, we practically submit ourselves to international standards we are also part of for having signed agreements that impose standards for these types of conflicts.”

She explained that by not paying Chevron, they can seize property abroad and deny credit lines. “That’s the international structure we must dismantle, but in the meantime, the payment, though it is unfair, _ irrational, of an impressive cynicism, the state has to respond in accordance with the international failure, because otherwise the damage could be much greater for the country, specially abroad, right now we need a greater cooperation from the states, greater credit lines in favor of our economy, since it could collapse.”