Galapagos and Amazon, the hardest hit by the crisis

The pandemic has generated economic and social instability , but it is also making it possible to trace the main causes that deepen the decline, and one of them has to do with the weaknesses that its main cantons have as an engine of development. In the midst of the crisis, the most affected regions were those whose income depends on a single activity. Galapagos , the cities of the Amazon and the central-south of the Sierra top the list. On the other shore are the largest cities (such as Guayaquil), which saw a relief in trade and agro-export activity. 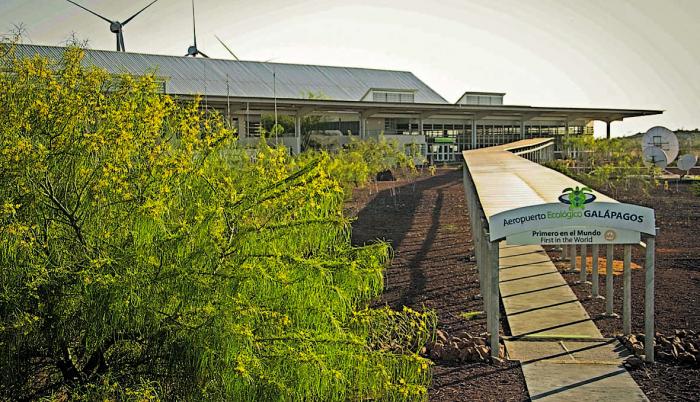 Galapagos and Amazon, the hardest hit by the crisis

The Value Added Tax (VAT) is the first barometer to measure the behavior of economic activity. According to the Internal Revenue Service (SRI) , in 2020 a total of $ 5,505 million was raised for this tax, 17.64% less if compared to what was achieved in 2019. Tourism being one of the most important activities Hit by the mobilization restrictions imposed by the pandemic, the main affected was the archipelago of the Galapagos Islands, a region that historically has had a great dependence on the foreign currency generated by the arrival of tourists. There last year a drop of 54.44% was reported , more than three times the national level.

TAXES AND CONTRIBUTION Of the state budget, extended for this year, 80% of the income comes from the fiscal side. Most of them, via taxes.

In the list of those affected, they are followed by the cantons of the Amazon (with a decrease of 33%) and the towns of the center-south of the Sierra (where there is a drop of more than 20%). For the tax lawyer Napoleón Santamaría , the results make clear the invoice that the country has for a lack of economic diversification. If Galapagos depends on tourism, he says, the Amazon does not breathe without oil, an activity that last year was also affected by the volatilities of the global crisis, with the fall in demand and the reduction in the price of crude oil (up to $ 20 per barrel), a factor that ended up affecting the dynamics in the place. The same trend was evident in the south-central part of the Sierra. With the exception of Azogues and Riobamba, in these localities neither theneither agribusiness nor trade proved to be sufficient.

A different behavior was seen in the Coast (Guayaquil had a 13% drop) and the north of the Sierra (Quito, 21%), where the impact of the collection was lower, as a consequence of dominating production in the country and agroexport. In days of confinement, the industry and international sales did not stop. “Shrimp and pitahaya continued to be exported by the ton. Perhaps the price did not help much, but in volume we did quite well and that helped cushion a crisis that could have been greater, “says Santamaría.

In this group there are also some cantons such as Ibarra and Tulcán , with falls of 16% and 7%, respectively. However, the result, far from being encouraging, speaks of the irregularity that has historically affected cross-border cantons. A smaller drop is due to the fact that in days of restrictions and blockades , people were forced to buy and consume within both locations, instead of in the neighboring country (Colombia).

The results, says the tax expert, should serve the authorities to redesign the development map. What happens in Ibarra and Tulcán, he believes, should motivate a policy that prevents economic activities in these areas from becoming depressed in normal times . “As is done in certain European countries, apply a toll, a higher mobilization rate to motivate consumption to occur here,” suggests the specialist, who also speaks of the need to create special zones that help connect the different activities economic conditions in the country. ” We see the benefits that export leaves us, so why not create a more conscientious promotion”.

Only 40% of forests have high integrity globally