Galo Chiriboga brought his exit forward from the Prosecution 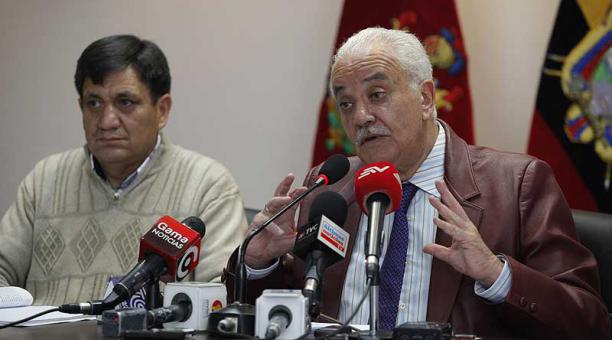 On Monday, May 8, Attorney General Galo Chiriboga announced that he will leave the Prosecutor’s Office this week.

According to the official, he has decided to retire in view of the fact that an Attorney General has already been elected and the new Government will be inaugurated in the coming months. For 15 days he has held regular meetings with Carlos Baca Mancheno, who will lead the public office for the next six years.

Chiriboga also pointed out that it was a personal decision why he decided to leave the State agency two months before the end of his official period. In addition, he reported that Baca will be appointed as the new State Attorney General in the coming days by the Legislature.