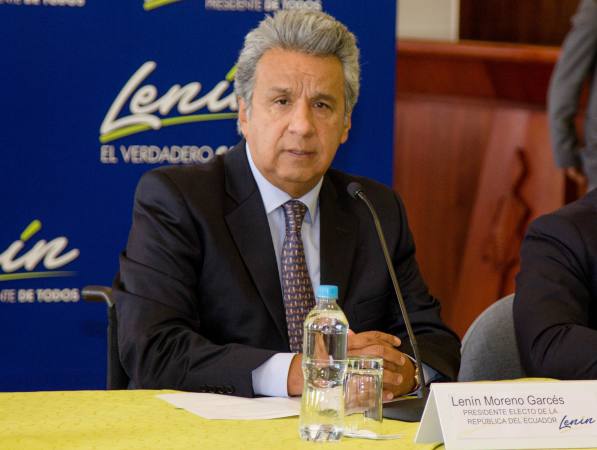 “We will check if the law is effective, if not, we will make the appropriate changes,” President-elect Lenin Moreno announced during an interview with Colombian radio station BlueRadio.

Moreno stressed that there is freedom of expression in Ecuador, “but what has existed is a confrontation; A battle of vanities. We will review the law, we will dialogue but yes, what journalists will find will be respect and a greater tolerance. I think that freedom of expression should stretch a lot more than what the law states,” he said.

The president-elect was in Colombia Monday to meet with President Juan Manuel Santos as part of his foreign policy tour.