Gastromixology, the technique that advances in Ecuador

A technique that seeks to create links and combinations between gastronomic ingredients and alcoholic beverages enters strongly into the culinary world. It is about achieving a pairing better known as ‘gastrococtelería ‘, which uses flavors , textures and aromas of solids to match them with the same aspects of liquids. 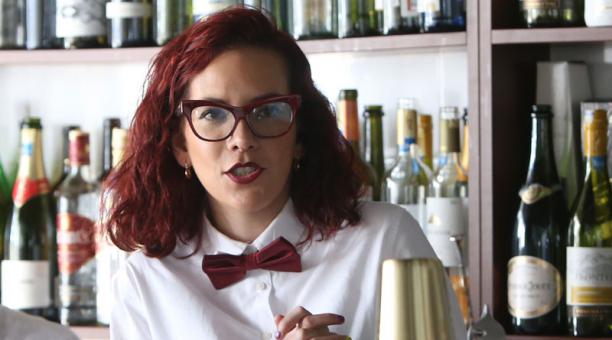 Gastrococtelería, the technique that advances in Ecuador. (Bernadette Riofrio in the photo).

This trend entered Ecuador a little less than a decade ago, as Pablo Cruz, chef and cocktail teacher at UTE University recalls . Ensures that this incorporation enhances the kitchen and cocktail products , since it is like “creating new and innovative dishes ”.

To carry out this type of pairings there are general lines that are usually subjective and that go according to each palate . Some of them suggest the combination of seafood with fruit or herbaceous liqueurs ; red meat with red wine; pork and bacon with whiskey or vegetables and fruits with gin and tonic or vodka.

Not only the correct combination is important, but also the techniques applied to the ingredients, such as smoked, dehydrated, gelling , foams, among others, more present in avant-garde cocktails .

In order to create gastro-cocktails, it is necessary to consider that the amount of liquor must range between 2 and 3 ounces, because abusing it can cause acidity and negative reactions in the body.

Another important aspect is the use of large blocks of ice for a longer duration and so that the flavors are not lost due to the solid state water .

You cannot necessarily use meats. Fruits prepared with a gastronomic technique also work. For example, a pineapple flavored with cinnamon and sugar was the one selected by Cruz to roast it and combine it with white rum and coconut milk.

In another preparation, a watermelon was worked with the impregnation technique, that is to say, flavor it with balsamic vinegar, syrup and mint, which was paired with 2 ounces of gin and tonic.

Colors and visual appearance matter in the gastro-cocktail bar, says Bernardita Riofrío, of Bernardita Bar Tendence . To prove it, he made a cocktail called 24 Sunsets, in which he introduced gin, flower tea and green tea, pink grapefruit peels and blue flowers that change color when the pH is altered. The liquid mixture was paired with an octopus cebiche , whose color varies between blue, purple and pink, that is, with the same tones of the drink .

Riofrío says that the combinations should be neutral or of mild flavors with strong ones such as, for example, a chocolate with citrus fruits , or a fatty product with dry liquors. The best way to achieve it – he says – is that they are pleasant to taste buds.