The European Union (EU) is increasingly weakening exports from Ecuador and other countries in the region. Diario EXPRESO has detected at least three regulations that put agriculture and fisheries in check. 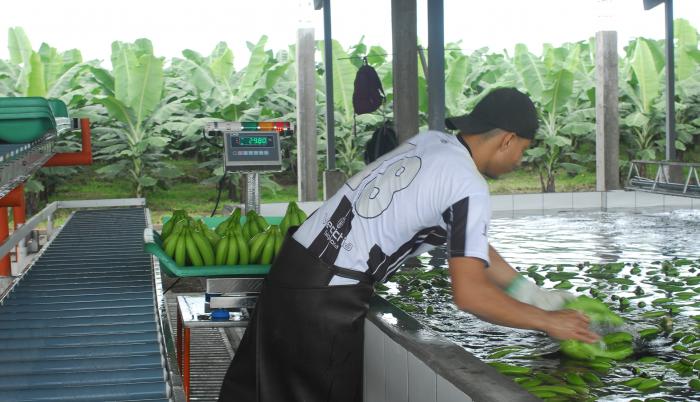 Maximum residue limits (MRLs), inspection certificates and the possibility of declaring Ecuador as a third non-cooperating country against illegal or undeclared fishing become restrictive mechanisms that would close access to the community market, vital for the economy of Ecuador.

There is not only a deadline to remove from the market molecules that are used for the production of fungicides, herbicides and insecticides. The EU decided to lower the maximum residue limits from 0.05 to 0.01 milligrams per kilogram of product.

Countries put the “shout in the sky.” Removing molecules such as chlorpyrifos from the market would leave the insect attack banana unprotected. There is no new molecule discovered to replace them. This molecule has been attacked for its supposed negative effect on fetuses: it could be the cause of a delay in their mental development.

Other molecules subject to restriction are imazalil, buprofezin, chlorothalonil, mancozeb and thiram, thiabendazole, prochloraz that are used to control pests not only in bananas, but in avocado, grapes, mangoes, and so on.

“In accordance with the multilateral obligations and those established in the regional trade agreements governing the exchange of goods and services between our countries with the EU,” a risk assessment for each specific molecule must be carried out so that any modification of the MRLs is based on conclusive scientific evidence and allow the application of the least restrictive measure to trade ”.

Richard Salazar , executive director of the Banana Marketing and Export Association (Acorbanec), points out that the Andean Community has told the EU to give a list of substitute or alternative molecules that are effective for pest control in case a molecule is prohibited or the MRL is modified.

The Andean people suggest a cooperation program with the EU for projects that improve the safety of exported products and thus comply with regulatory changes.

Banana-producing nations point out that the reduction of MRLs for the protection of tropical crops is inconsistent with the tolerances accepted globally in the Codex Alimentarius, with the principles governing international trade and with the Agreement on the Application of Sanitary and Phytosanitary Measures of the WTO .

On the other hand, there is a new regulation that requires that the document that allows the import of organic bananas will have to be presented before the product is shipped. “The inspection certificate must be submitted by the relevant authority or by the control body before the shipment (shipment) leaves the country of export or origin. It will be supported by the competent authority of the Member State and completed by the first destination, ”says the EU.

Ecuadorian exporters point out that precautions must be taken to prevent European Union customs from denigrating the state of organic to conventional banana merchandise for breach of this amendment. And that it will be impossible to comply with the system, which goes into effect on February 3.

Gastromixology, the technique that advances in Ecuador