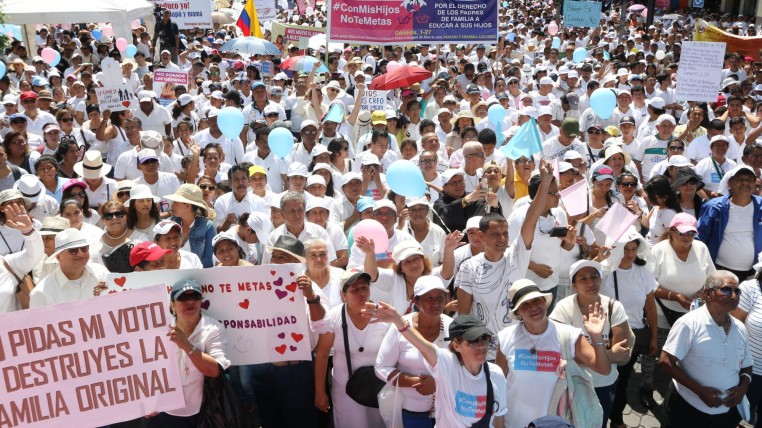 The Occasional Committee removed the term from two sections. This week’s report will be delivered for the first debate.

By the time it reaches the plenary session of the Legislature, the bill for the Eradication of Gender Violence Against Women will have lost four of its literals.

The Occasional Commission, in charge of the bill, removed literals b, c and d from Section 6, which included sexual and gender self-determination, gender identity and sexual orientation. In Section 4, on the other hand, the group removed the phrase “women of sexual orientations and diverse gender identities,” thus changing the subjects of protection.

Member of the occasional legislative committee Mónica Aleman said that the changes were proposed not as a result of the requests of the Christian groups but after determining that they diverted attention “from the spirit of the law, which is the eradication of violence.”

Legislator Marcela Holguín agrees with this, as she pointed out that although gender identity is an issue of necessary debate, it was removed from the bill because it is “an absolutely different violence against women.” (I)

Entrepreneurs debated on success and failure