BREAKING NEWS
DP World’s logistics center starts operations in Duran canton
Legal Secretariat of the Presidency asks for an account of the crude tariff paid to OCP
The Hague Court denies Ecuador’s request and ratifies the award in favor of Chevron
Despite having recovered, these six animals did not survive in their habitat
Ecuador totals financial relief for USD 891 million with China
Convert waste into a source of income and strengthen enterprises, among finalist ideas in Reinventa Ecuador
The Chevron case made headlines in the Netherlands
Historic: Richard Carapaz achieves his first stage podium in the Tour de France
CEPS Foundation obtained financing from Ecuador, according to Spanish newspaper
The country’s economic engines in 99 years: Since the colony, cocoa exports maintain their weight 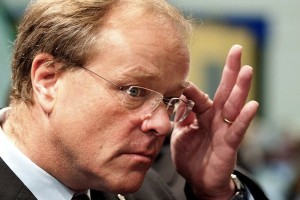 The German Government will review the validity of its forest protection agreement with Ecuador after President Rafael Correa decided to end the initiative of not exploiting the oil from the Yasuni reserve in exchange for international aid.

The spokesman of the German Ministry of Cooperation Sebastian Lesch told Efe on Monday that the German government will have to study the Ecuadorian decision, announced last Thursday, and its effects on the bilateral agreement by which Berlin joined, under certain conditions, the Yasuni-ITT project.

In the practice, the agreement could be completely annulled, changed or partially applied in the area that will not be exploited to obtain oil, explained the spokesman. The final decision on the German aid to Ecuador will take months and will be agreed at the technical level.