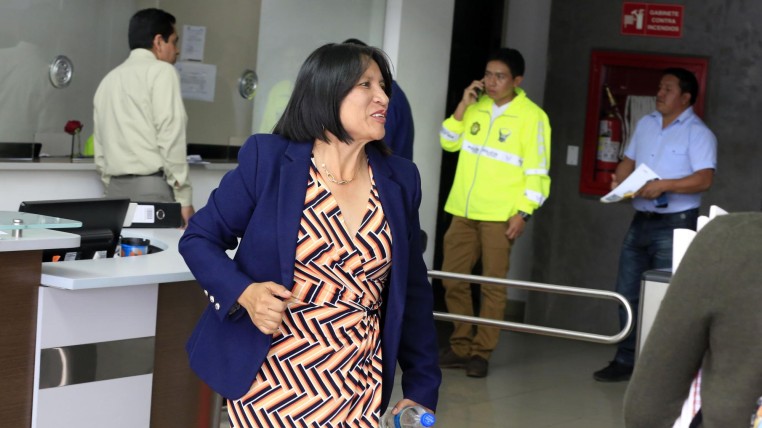 A third pen drive is a new evidence in the Odebrecht case. Ricardo Rivera, the uncle of Vice president Jorge Glas (linked to the case with other 16 people on August 29), is investigated for illicit association.

The device was delivered by a 30-year-old audiovisual producer, Alfredo Alcivar, one of Rivera’s right-hand men. The memory card will undergo expert examination.

The brown USB has the backs of the information of mails and telephones that would have belonged to Rivera. At least that assures Alfredo Alcívar, who appeared in the Preliminary Investigations Unit of the Attorney General’s Office on Monday at 16:20 to give his version to Prosecutor Wilson Toainga.

Alcivar detailed that shortly after his arrest, Rivera asked him to erase certain personal email accounts, telephone numbers, and passwords.

According to Alcivar, Rivera requested that only the Telegram messaging system with the 30 seconds self-destruction of messages be installed in his telephones. In the contacts list, Jorge Glas appeared like xx1 and Rivera like xx2.

They were identified with security codes: Luis Calle was LC, Jorge Quishpe was JQ, Jorge Glas was JG and Ricardo Rivera was AA.

“Mr. Prosecutor, I must make clear that when everything happened, Mr. Rivera had asked me to erase all the information on the telephone emails with the passwords that were provided to me,” Alfredo said. But he did not do so and kept the information.

In his version, he revealed that Rivera said that “he was the third most powerful man of Ecuador,” after Rafael Correa and Jorge Glas. He also said that when his former boss attended meetings he carried a purse in which he allegedly carried money. “He would return from these sessions without the money.”

He mentioned that before the raids most of the salaries were paid in cash. He expressed surprise because without sponsors, “I do not know where the money for our wages came from.” (I)