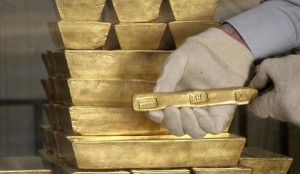 Gold has become the fourth most important product in Ecuadorian non-oil exports.

This was explained by Mining Minister Javier Cordova, citing data from the Central Bank (ECB) which indicate that from January to December 2015 exported gold from small mining reached $ 750 million. This, even though the production process of large companies has not been reached.