Goodwill is set at the highest value between sale and appraisal 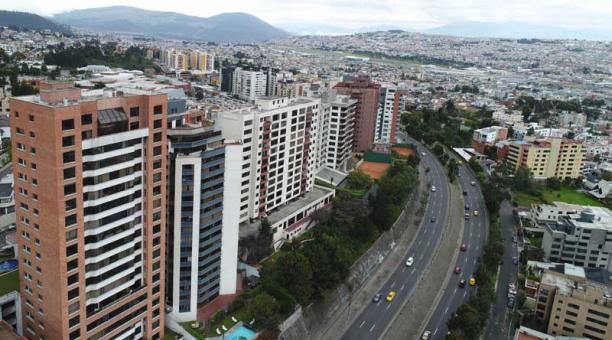 Susana Maldonado is waiting to complete the sale of her 500 m2 plot in Nayón . Her concern is the value you will have to pay for the 10% rate of surplus value that is established in the Organic Code of Land Management ( Cootad ).

The doubt about how much should cancel when you sell your property arose from the repeal of the Goodwill Act on March 16, by the Assembly.

Virna Vásconez , Metropolitan Tributary Director (e), explained that, with the repeal of the Goodwill Law, the collection of the rate on the utility in the sale of real estate is maintained as it was done years before the repealed Law of Goodwill.

“The tax to combat land speculation was created as an additional tax, following the income tax. With the repeal of the Law, we return to what the Cootad establishes , “said Vásconez .

In the case of Maldonado, this means that, in order to fix the rate of goodwill, the Municipality will take into account the difference between the USD 25 000 in which it bought the land 10 years ago and the USD 115 000 in which it will now sell it. . That is, the calculation of the 10% rate would be made on USD 90,000.

However, the Cootad allows to regulate the collection of the utility rate, according to the ordinances of each canton. In the case of Quito, according to the expert Carlo Licto , to fix taxes -between these 10% of the rate of surplus value-, the Municipality has a special mechanism.

“The utility is set between the purchase price of the property and the price at which it will be sold or the updated municipal appraisal of the property,” said Licto .

This is corroborated by Vásconez , who pointed out that Ordinance 338 establishes that to fix the base on which the tax will be taxed, the highest value is taken into account between the price at which the property or the cadastre made by the Municipality will be sold.

What does this mean? In the case of Maldonado, the current value of the municipal appraisal is USD 79,000. This is after requesting a verification of the value, since with the Ordinance for the revaluation of properties, approved by the Council in December of 2017, its land cost USD 130,000.

Vásconez explained that in the case of Maldonado, the Cabildo will consider USD 115,000, in accordance with the provisions of the metropolitan regulations.

Miguel Dávila, administrator of the Municipality, pointed out that the current tax rates in accordance with the 338 and 155 ordinances are: 0.5% (it is applied when it is the first transfer made after 2006); 1%, when it comes to free transfers; 4%, when they are made by builders and the general rate of 10%, for the rest of transfers.

The USD 90 000 would not be the basis for establishing the tribute for the goodwill, in the case of Maldonado. The Municipality indicated that the Ordinance also contemplates the possibility of a 5% annual discount on the tax base, starting in the second year.

Maldonado has owned the land for 10 years. This means that, since 2008, it has a 45% discount to the tax base. That is to say, of the USD 90 000 of surplus value, 40 500 are subtracted. On what remains (49 500 of profit), 10% is taxed. But that is not the only discount. According to Vásconez , the owners can also deduct the expenses in the improvements that were made to the property. “For example, if a house was built 50 square meters more and that cost about USD 5,000, the owner can subtract that value,” he said.

Discounting the contribution value of improvements that is charged along with the payment of the property tax is another option that can reduce the tax base for the goodwill.

To access these discounts, the owners of real estate must submit a tax settlement form in any of the eight administrations of the Municipality.

Vásconez informed that, in this form, the taxpayer must declare the values invested in improvements, attaching backups. In the case of a discount of 0.5% per year, the Cabildo generates the value automatically based on the information it has on the property in question.

After the approval of the Ordinance to revalue the properties, the Municipality initiated a new process to the complaints of citizens who considered that the cost of the cadastre was disproportionate in relation to the commercial price.

According to Vásconez , in cases in which the owners are not satisfied with the value of the appraisal, it is possible to request a revision. (I)