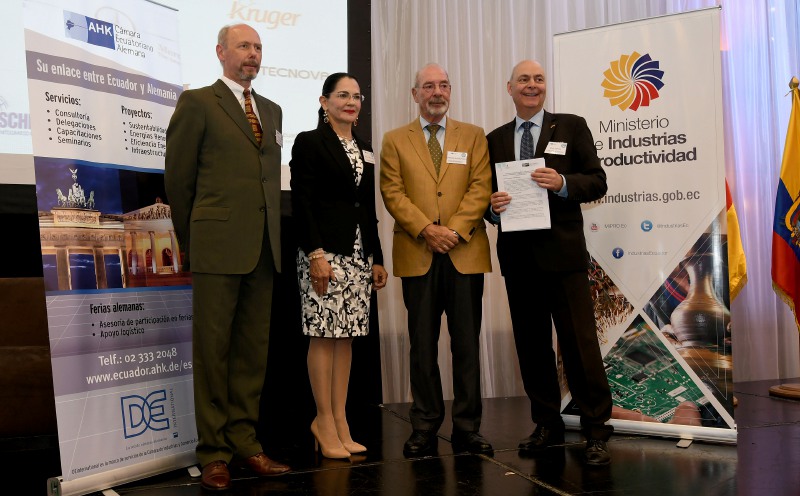 The Ambassador of Germany in Ecuador, Joachim Marschall von Bieberstein, explained yesterday that after receiving the document from the Foreign Ministry, his Embassy has sent it to the Ministry of Economy of Germany “and they are in the process of analyzing.” He did not give a date for the response from that country, and explained that it is a bulky agreement.

The thirty-page draft establishes the importance of Foreign Investment and respect for human rights. It indicates that what is agreed in the new Bilateral Investment Agreement (BIT), which would replace the Bilateral Investment Treaty (BIT), will not be retroactive. It is also noted that this will last ten years and may be renewed for five years indefinitely.

One of the issues that is most extensively addressed is that of dispute resolution.

Several ways of resolving controversies are established, but when talking about arbitrations between foreign companies and the State it is indicated that these would be regional in Latin America.

In article 17 it is also said that expropriation by the State will only be possible if it concerns issues of social interest or public utility. It is indicated that everything will be done under the rules of due process. There is also a chapter that develops the theme of Bilateral Cooperation.

On the other hand, the president of the German Ecuatorian Chamber, Jörg Zehnle, said that as entrepreneurs they are very expectant about the signing of this agreement. “We hope to move forward to have a legal framework for any investment,” adding that Germany “applauds Ecuador’s efforts to return to the status quo.”

The statements were made in the middle of the signing of an agreement between the Mipro and the German Ecuadorian Chamber, to promote the development of industry 4.0. Minister Eva García, who attended the event, considered that software development could be a mainstay on this issue and said that a software law will be drafted. (I)