Government Announces Implementation of Plan for Prison System; construction of prison infrastructure, pardons and repatriation of foreigners, among the actions

This morning, the Minister of Government, Alexandra Vela, and the director of the National Service for Comprehensive Attention to Persons Deprived of Liberty (SNAI), Bolívar Garzón, announced the actions contemplated in the plan to recover the State’s control capacity in the prisons or social rehabilitation centers in the country, and updated the figures of the last massacre in the Litoral Penitentiary. 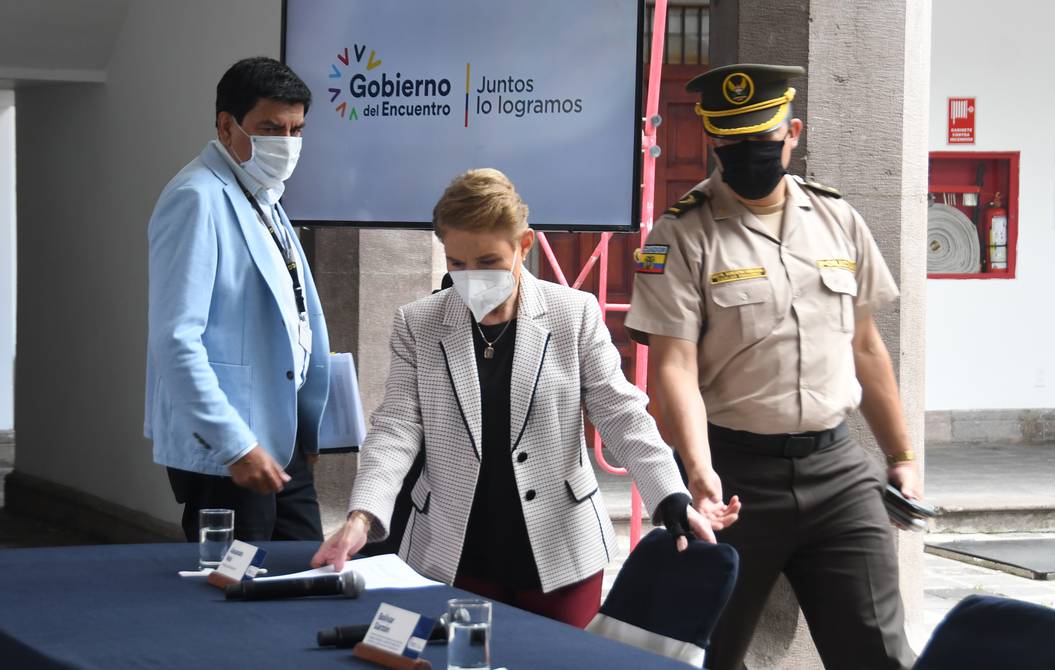 The Minister of Government, Alexandra Vela, and the director of the SNAI, Bolívar Garzón, spoke about the actions implemented by the prison situation in the country.

Garzón reported that the actions to restructure the prison system are:

Garzón pointed out that these actions will reduce violence in the centers and also reduce overcrowding, which in the Litoral Penitentiary is between 62% and 66%; and at the national level, between 55% and 60%. In Ecuador there are around 38,000 people deprived of liberty.

Although, at this moment, the priority is the Guayaquil Penitentiary Complex, in Cotopaxi the construction of a new center is being prepared and the electronic part has already begun.

The SNAI presented the complaint of the events that occurred in the Litoral Penitentiary to the Prosecutor’s Office to investigate the events, but Garzón announced that the cause is the fight for control of power by organized crime groups.

Meanwhile, Vela pointed out that the Government maintains 3,600 police and military personnel mobilized to regain control in the centers and that, along with other commanders, the General Commander of the Police, Tannya Varela, are in the territory in charge of the operations.

Garzón added that the plan is executed in parts, according to the disbursements that are being delivered.

The minister reported that, for now, the forensic team has identified 41 deceased and 71 more deceased are in the process of identifying. Yesterday, September 30, they handed over 21 bodies to the relatives; 20 more bodies will be delivered today.

On the morning of this Friday, the 1st, at the Guayaquil morgue, the National Police confirmed that the numbers of those identified and handed over amounted to 42 and 22, respectively.

In addition, there are 8,542 deprived of liberty in the Litoral Penitentiary, 118 dead, 79 injured, 36 hospitalized.

The minister said that the licenses for the corpse identification system had been suspended since January 2020 and that the Government is resuming updating this.

The SNAI works on the list of “verified persons”, which will be delivered to the media. He asked for collaboration for its dissemination and for the families of the detainees to have peace of mind.

Also, with the support of the Municipality of Guayaquil, niches will be delivered for the proper burial of the victims.

The Secretariat for Human Rights, the Ministry of Health and the Ministry of Economic and Social Inclusion draw up a plan for the accompaniment of victims and their families.

To safeguard the human rights of those deprived of liberty, the Government separated responsibilities between the SNAI and the Secretariat for Human Rights: Secretary Bernarda Ordóñez will be in charge of a technical committee and the rectory of public policies in the social rehabilitation system, and the SNAI to guarantee control and security in prisons. (I)