In the middle of the liquidation process of the EP Public Media Company, the Government decided to create a new entity that will house the three remaining journalistic firms: public radio, Ecuador TV and El Telégrafo digital. 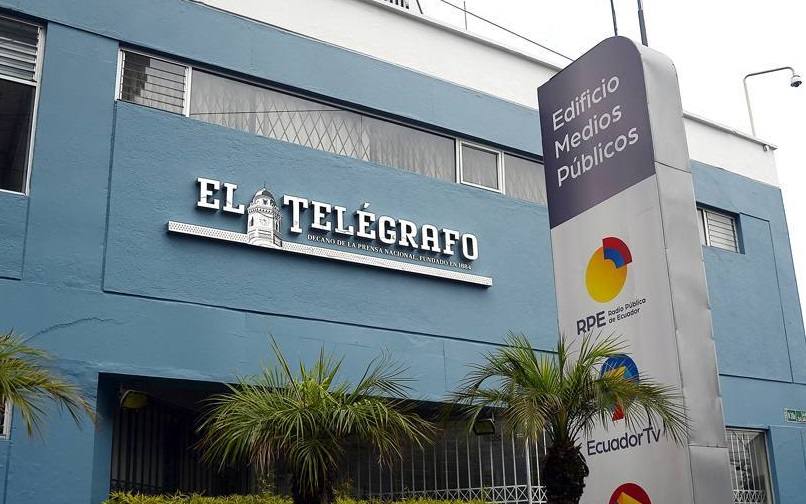 The new company is called Empresa Pública de Comunicación del Ecuador EP. The decision is in an executive decree.

To make way for this new company, it was decided to split (divide) the Public Media Company, which is in the liquidation phase. This will continue with its process of extinction with the rest of the media, the majority created during the Correísmo.

According to the executive decree, the Public Communication Company of Ecuador EP will assume the assets, liabilities and equity related to the following activities of the spun-off public company: public broadcasting services, public television, and those linked to the newspaper El Telégrafo as a medium in Internet.

In practice, this new company will be responsible for the operation of the three communication media with which the Ecuadorian State remains.

José Andrés López, president of the Public Companies Coordinating Company (EMCO), explained that this new company will have a board of directors that will be made up of the Communication Secretariat (EMCO), the Ecuador Planning Secretariat.

The official indicated that President Lenín Moreno ordered the transformation and have a public company that handles only the three media: radio, television and El Telégrafo.

“What materializes this provision of the president is a process that is regulated in the Law of public companies, which is the division, that is, the division into a new company,” he said.

López assured that the split could be done before or during the liquidation, as it is being executed.

EMCO indicated that the liquidator for the public media that is outside this new company has already been appointed.

The decree sets a period of three months for the Public Media Company EP to proceed with the division of assets and the proposed structure for the new company. (I)