Government incentives to replace the use of gas 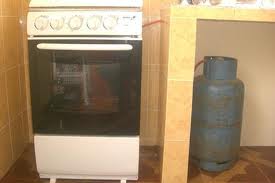 Government incentives to replace the use of gas

According to the governmental agenda, will give “strong incentives”so families can acquire induction cookers and electric, with their respective special pots. Also included in the plan replacement water heaters by electric showers, though details are still tuned. All this with the aim of replacing the use of gas in the families and gradually eliminate subsidies to the gas that costs to the State $ 800 million.

The regime, however, recognizes that the problem is little value added in the national production of kitchens. Although seven months ago, the Minister of industries, Ramiro González, had said that eight companies would be making 3.5 million of kitchens to start the replacement from 2015.

Meanwhile, incentive plan is now ready. Persons who report to the electric company on the change from gas to electricity will be them deducted in their monthly electricity consumption tax, for three years.

Who buy kitchen with two burners and pots will pay USD 6.50 per month; four-burner with pans kitchen, 9. Now if you want electric oven you will pay $ 18. In addition, through 2018, up to 100 kW rate will be zero for the customer. Then, it will be USD 4 per kilowatt. That Yes, 80 kW will be free, as announced by the Government.

The Ecuadorian banana will be exported again to Brazil