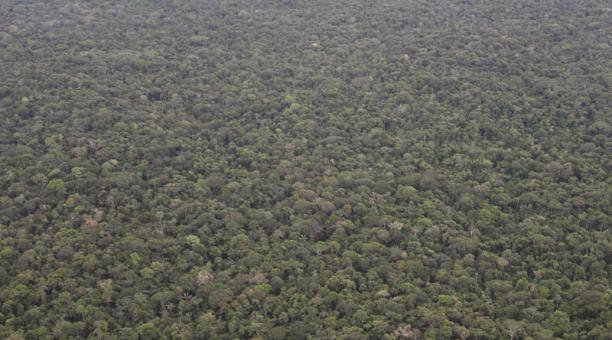 The process to start with the exploitation of the Ishpingo oil field, the last of block 43 ITT (Ishpingo, Tambococha and Tiputini), is underway. This field is located at the southern end of Block 43.

A part of this is located in the buffer zone of the Yasuní National Park. This strip of territory borders the intangible area of this reserve, where oil activity is prohibited.

Currently, the public company Petroamazonas, in charge of the operation of ITT, processes the obtaining of the environmental license, which will allow intervention in the Ishpingo field. This procedure is done before the Ministry of Environment.

For this, the representatives of both entities hold regular meetings. It is planned to have the license until next September, said Álex Galárraga, Petroamazonas General Manager. Once this process ends favorably, the ecological accesses and two platforms – the surface where the wells will be drilled – will be built to develop the hydrocarbon activity.

The estimated investment in these tasks is USD 50 million. The construction of the facilities and the extraction of oil are planned for mid-2019. For this, a tender will be held. The development of this field will require a total investment of USD 2 207 million.

In Ishpingo, it will be counted, initially, with three drills to drill the wells. First, the platforms that are close to Tambococha (A and B) will be built. Then you will move south. In the so-called buffer zone, it will be entered in 2020, according to Petroamazonas.

Yasunidos considered that oil activities should not be expanded.

Pablo Piedra, representative of this group, mentioned that the buffer zone is an “integral” part of the intangible area, where people live in voluntary isolation. Therefore, in their opinion, Ishpingo should not be exploited, so as not to put these peoples at risk.

Based on this, the previous year they submitted a request to the Ministry of Environment to suspend the issuance of environmental licenses that expand oil exploitation in the area. According to the declaration of national interest of oil exploitation in the Yasuní, which was held by the Assembly in 2013, extractive activities are not allowed in the intangible zone.

Petroamazonas said that it complies “fully” with environmental policy in all processes. Ishpingo will have nine platforms. The most extreme location of this field was called J, which was 6 kilometers away from the intangible zone, but was eliminated by the current Government.

Now, the last one will be platform I, which is 60 km from this area. In Ishpingo, a total of 293 oil wells will be drilled. “It is the most powerful field in the ITT block,” said Galárraga. When the exploitation begins, Ishpingo is expected to contribute with around 30,000 barrels of crude oil per day.

These will be added to the barrels of oil that are pumped from Tiputini and Tambococha, and which are in production from 2016 and 2018, respectively. The current production of these two areas reaches 63,668 barrels per day, according to the production report of July 9 of Petroamazonas.

For Fernando Santos, former Minister of Energy, the comprehensive development of Block 43, complying with environmental care, will allow the State to take advantage, now that the price of crude oil has improved in the market. “This is the moment”. (I)

Rafael Correa: “I am politically responsible for corruption, but not judicially”

The chair ‘hot and unstable’