After noon this Monday, June 6, 2022, President Guillermo Lasso began a meeting with sectional authorities to analyze strategies in the face of insecurity. 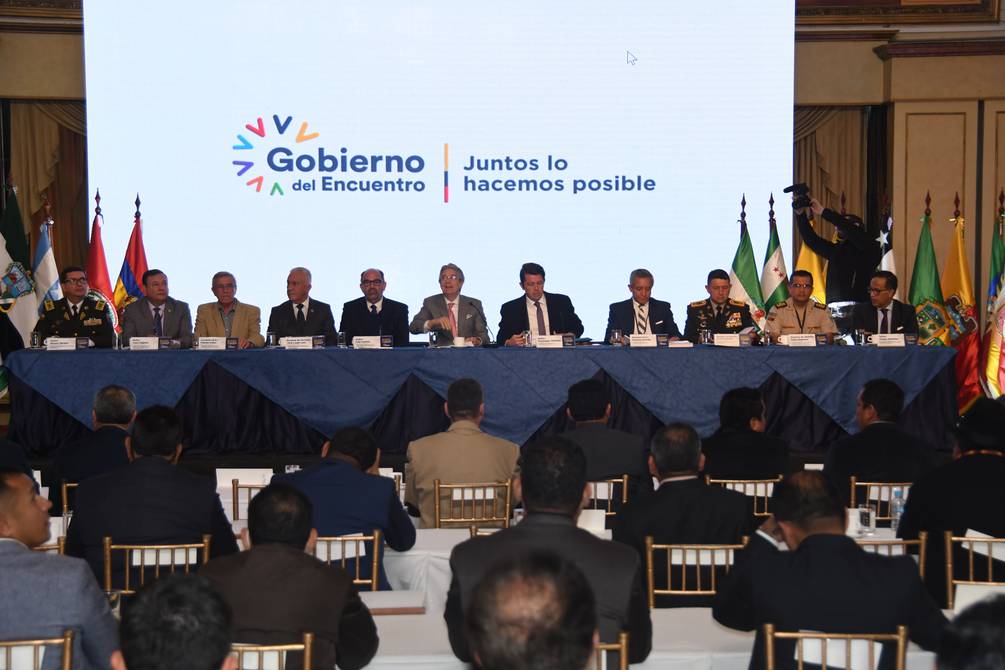 The president of Ecuador, Guillermo Lasso, and the mayors of the country participate in the National Meeting for Security.

The appointment takes place at the Eloy Alfaro Military High School, in the north of Quito, where a security operation has been set up that made the media arrive two hours in advance. The meeting scheduled for 11:30 was delayed by at least 20 minutes.

Government and local authorities meet in the casino of that military school. A giant screen has been placed with the motto “Encounter for security” and President Lasso and the government ministers, Francisco Jiménez ; of the Interior, Patricio Carrillo , among others.

Prior to the meeting, Matías Abad, governor of Azuay , stated that the only way to confront crime and insecurity is for everyone to be united.

Before the appointment, the mayor of Guayaquil, Cynthia Viteri, already in military school, argued that crime continues to steal lives and property .

He affirmed that the only thing that has been done is to remove resources from public works and services to give to the National Police and the National Government when it should be the other way around.

Viteri added that he brought his proposal in writing and stressed that the use of non-lethal weapons should be allowed, such as weapons that shoot rubber bullets, dissuasive weapons and weapons that can knock down a person, but do not cause injuries.

He mentioned that as of 2019 they have given the Government from the bed where the Police sleep to the food , the ECU911 headquarters, security cameras, a new group that will take care of schools, shopping centers, restaurants.

Viteri showed a poster with a figure of $60 million that the Government owes to Guayaquil.

He said that from January to May, 463,000 operations have been carried out in the provinces and the intervention protocols in prisons have been reinforced.

For Jiménez, from prevention and coordination much can be done and added that the role of mayors, prefectures and governorates is fundamental.

The official also referred to the formation of the security councils, which is a power of creation in charge of the municipalities and the Police.

“In terms of prevention and coordination, much can be done. This war cannot be won only from the repression of crime, but also from prevention”, he asserted.

He recalled that the maintenance of public order in relation to the repression of crime is the responsibility of the state and the Police.

“If we commit ourselves decisively and forcefully to this fight, leaving behind our differences and particular points of view, we are sure that we will obtain results in the short term,” the minister told the country’s mayors.

Then, the secretary of the Public Administration, Iván Correa, informed that the appointment was transformed into reserved and requested the exit of the media.

Around 300 authorities attend the meeting.

Viteri displayed a poster with a phrase of government debt of $ 60 million, while the press left the meeting to a neighboring coliseum where a newsroom was installed. (YO)