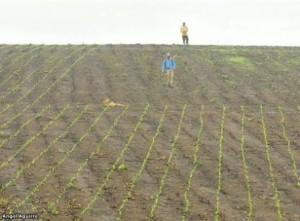 The government is preparing a plan that would cost about $ 29 million, which is oriented to take actions to remedy the effects that may be caused by El Niño phenomenon in the agricultural sector over the next year.

This was stated by Javier Ponce, Minister of Agriculture, Livestock, Aquaculture and Fisheries (Magap) last Wednesday during a panel discussion with media in Guayaquil.

“We are preparing a plan for the post-Niño, also depending on the dimensions (…), that would possibly be supported by an international body,” anticipated Ponce, without specifying its name.

He also announced a cut in the subsidies in the delivery of kits that contian rice and corn seeds, according to him, due to “the existing economic difficulties.”

“By this winter we have made a significant reduction (of this subsidy),” the official said. These reductions reach a 50%.

In the National Budget 2016, $ 24.7 million for subsidies in the agricultural sector are included. The budget would have a decrease of nearly 6 billion in relation to 2015, according to official data.

Carol Chehab, undersecretary of Commercialization of the Magap, reported that in the case of corn, the subsidy was reduced from $ 214 to $ 130 per hectare and from  $ 300 to $ 150 in the case of rice.