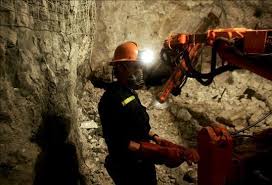 The Government aims to promote the large-scale mining, for which it took three decisions in late 2014 to unlock the strategic projects currently in stand-by since 2010 and which have not yet begun to produce. In this list are: Fruta del Norte, Mirador, Río Blanco, Loma Larga (Quimsacocha) and Panantza-San Carlos, which have had limited progress as recognized by authorities from the sector.

The government authorized Kinross the transfer of mining concessions of the Fruta del Norte project to the Canadian-Swedish company Lundin Gold. Then, the contract will be negotiated to put into production a gold deposit of 6.8 million ounces of gold in reserves, valued at USD 8000 million at current prices.

The Executive branch also decided to issue a regulation that manages the calculation of Extraordinary Gains Tax and Sovereign adjust.

Finally, with the enactment of the Law on Production Incentives the last days of December, in addition to provide tax stability to enterprises, it is regulated the participation of companies with shareholders or their headquarters in tax havens. These companies will pay a 25% income tax while the rest will pay the 22%, with which the Rio Blanco gold project, in charge of the Chinese company, will be unlocked.