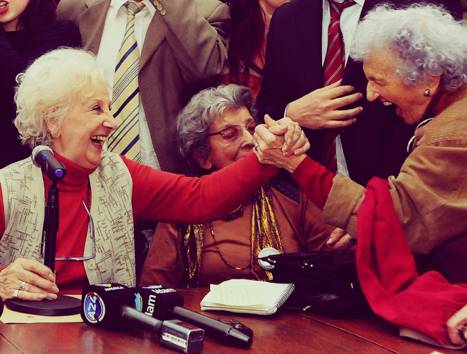 The Grandmothers of Plaza de Mayo in Argentina reported this Friday they recovered the grandson number 116, son of a couple still listed as missing during the military dictatorship (1976-1983).

The National Commission for the Right to Identity (CONADI), which belongs to the Secretariat of Human Rights of the Nation, together with the Grandmothers of the Plaza de Mayo, “celebrated with great joy the news,” explained a statement jointly issued.

The organisms considered as “another milestone in the struggle of the Grandmothers of the Plaza de Mayo and the Argentine people” the “116 grandsons restituted” to the date, the statement said.

The grandson recovered was the son of Ana Rubel, “teacher and student of Economics. She was in the third year of that career when she was kidnapped with a pregnancy of two months” and Hugo Castro, construction foreman who was a worker of the multinational Ford cars.

“Both were members of the (leftist) Argentinean Liberation Front. They were kidnapped in January 1977 and transferred to the former clandestine detention center that operated in the Navy School of Mechanics (ESMA), the last place they were seen alive,” the statement said.